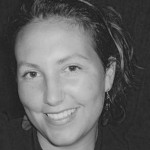 Jaclyn Schiff
Jaclyn Schiff is a writer and content strategist based in the Washington, D.C., area. Her work — which focuses on media, global health and women — has appeared in several publications, such as Kaiser Health News, The Huffington Post, CBSNews.com, NPR, PBS MediaShift and Women’s eNews. She is @J_Schiff on Twitter. Is “Vaccine Diplomacy” the Right Prescription for the Korean Peninsula?

A new series highlighting models of success that are improving lives in the developing world.

Getting Ready for the London Summit on Family Planning

Wondering what that #FPSummit hashtag is all about?

Why a School of Tropical Medicine is Opening in the USA

A new school opening in Houston, Texas can put the USA on the tropical diseases "map." Why this matters to global health. Earlier this week, just hours after the counter-coup attempt, I spoke with Phil about life in Bamako lately. Phil isn't an aid exp music ert, he doesn't work for an NGO and he's not in the Peace Corps. He's an industrious American guy who is interested in the world around him (and its music). Does Don Draper Have Tuberculosis?

If you caught the latest episode of “Mad Men” on Sunday night, you saw a feverish Don coughing and spluttering around Sterling Cooper Draper Pryce before leaving the office early to take to bed. Angry Birds: Why Does the H5N1 Research Debate Make Scientists Want to Slug Each Other?

Twenty-two flu experts are gathered in Geneva today for the first day of the World Health Organization's “technical consultation on H5N1 research issues.” An insider discusses how social media can be harnessed for global change. Watch out Hollywood, 2011 Was a Great Year for Global Health Film

There seems to be an uptick -- at least over the last five years or so -- in the use of film as a medium to explore these issues. With interest in global health on college campuses and beyond exploding, I think we’ll see this trend endure in 2012.