Not on A-1: Drought in Namibia

South west africa is in the midst of the worst drought experienced in 30 years. 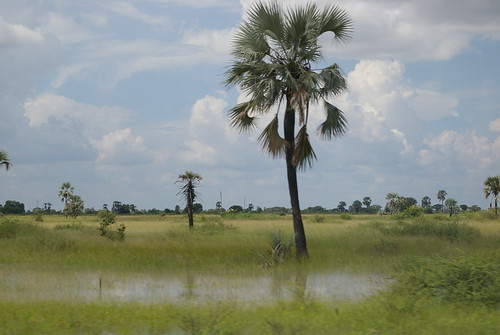 You might have guessed from the subtitle - the major point of the report is that change is happening faster than predicted. While many uncertainties in the science remain, they all point to faster change. There is no hope that climate change will slow down, or even conform to previous models. We are also on the verge of irreversible long-term feedback loops, after which there will be nothing we can do to stop the changes. None of that is new, but they’ve got an impressive array of data backing up their conclusions. New to me was a genuinely terrifying graph demonstrating we can go back a thousand years and still never see average temperatures like what we’re seeing now.