The World Health Organization has rightly garnered a lot of attention from the H1N1 pandemic (which, by the way is now up to 39,620 confirmed cases and 167 deaths). But there is something even more deadly than the deadliest flu outbreak to which the WHO wants is member states to pay greater heed. Something that kills 1.3 million each year and injures 20 and 50 million others: Roadway accidents. And like HIV/AIDS, Malaria and TB, roadway deaths disproportionately affect people living in lower and middle income countries (LIC's and MIC's).  To wit:

If the WHO thought swine flu was bad…

...here's hoping they don't have to deal with more of the bubonic plague.

About three hours ago the World Health Organization declared that the H1N1 Flu is now a global pandemic. And in so doing, the world is now at the beginning stages of the first global flu pandemic in 41 years.

What does this mean? First, if like me you live in a developed country, don't panic. There have been about 30,000 confirmed cases of H1N1 in 74 (mostly developed) countries resulting and 141 deaths. And while each of these deaths is tragic, this is not considered all that deadly. (Regular influenza is much worse.) Also, about two thirds of those who have succumbed to H1N1 have had other underlying medical conditions. Second, the WHO does not recommend any travel restrictions. I'm still planning on attending that wedding in Puerto Vallarta in October.

Still, there are some reasons to be concerned. So far, the virus has popped in places with decent health infrastructures. It has not - and this is only a matter of time - hit the developing world.  And this, says WHO director Margaret Chan "is of gravest concern."

We do not know how this virus will behave under conditions typically found in the developing world. To date, the vast majority of cases have been detected and investigated in comparatively well-off countries.

Let me underscore two of many reasons for this concern. First, more than 99% of maternal deaths, which are a marker of poor quality care during pregnancy and childbirth, occurs in the developing world.

Second, around 85% of the burden of chronic diseases is concentrated in low- and middle-income countries.

Although the pandemic appears to have moderate severity in comparatively well-off countries, it is prudent to anticipate a bleaker picture as the virus spreads to areas with limited resources, poor health care, and a high prevalence of underlying medical problems. 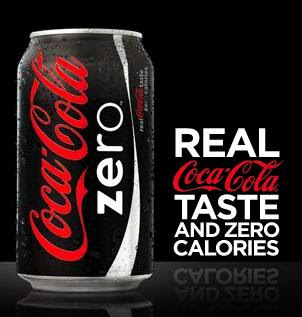 I had MSNBC on mute and glanced over to see a headline, "Coke Zero Banned in Venezuela." I couldn't resist. Yes, it's true. As the Health Minister said,  "The product should be withdrawn from circulation to preserve the health of Venezuelans."

What strikes me as odd is that they banned Coke Zero, not regular Coke.  I wouldn't say that Coke is dangerous (I don't care to tangle with Coke's lawyers), but I do recall it chewing through some nails in science class. Perhaps those corn syrup commercials are really effective in Venezuela. Or maybe it was just lost in translation, zero coke(aine)?

Not yet out of the Swine Flu bog

South Africa's HIV epidemic has levelled off at an infection rate of 10.9% for those aged two or older, according to a new study.

The survey also suggests the rate of infection in children and teenagers could be falling.

This could be partly attributed to increased use of condoms, it says.

There may be "light at the end of the tunnel," in the words of South Africa's Health Minister, but it's still an uphill climb; there are more HIV-positive people in South Africa -- 5.5 million -- than anywhere else in the world. Still, increased condom usage is a good sign, one that the country's leadership -- having shifted from Thabo Mbeki, whose infamous denial and inaction deeply exacerbated the problem, to Jacob Zuma, who, still, disturbingly once claimed that a shower after sex decreased the risk of HIV infection -- will have to actively push.

This one I get:

The World Health Organization says a vaccine which can prevent a diarrhoea and vomiting virus should be given to all children as a routine vaccination.

Even if it is "too costly," as some scientists have argued, this vaccine could drastically reduce the hundreds of thousands of deaths caused by diarrhoea, mostly in Africa, every year.

Vaccines make sense. The benefits of eyeglasses may be less intuitive, but, it turns out that's not unreasonable advice either.

Giving away free glasses is a cheap way of boosting the global economy with billions of dollars lost every year due to visual impairments, the World Health Organisation (WHO) said Tuesday.

(image from flickr user Muffet under a Creative Commons license)

Blockaded in — and out of — Gaza

The investigation led by esteemed judge Richard Goldstone is leaving for Gaza this weekend to conduct its inquiry into possible Hamas and Israeli war crimes during the December-January war.  Israel, of course, has rejected participation, so the investigation may have to enter through Egypt. It occurs to me here that Israel's stance on this matter parallels the Sri Lankan government's rejection of a similar commission of inquiry into its alleged war crimes.  So while the Human Rights Council should be chided for not mustering cohesion on sending a mission to Sri Lanka, Israel should demonstrate more cooperation than officials in Colombo, whose stonewalling only impedes the causes of human rights and open inquiry.

Meanwhile, as the investigation team struggles to get into Gaza this weekend, the territory's population remains trapped within this small sliver of land.  This New York Times article captures the privations faced by its residents in Gaza's bizarre state or permanent suspension, and the top UN humanitarian official in the region has recently underscored how the Israeli blockade is making relief efforts more difficult.  In this post -- overall an optimistic one, titled "Gaza is alive" -- by TPM contributor Philip Weiss, the effects of the blockade are felt, even as Gazans create an entire culture and society within the walls.

It is not that the world's blockade of Gaza is not evident. It is evident at almost every turn. Most buildings downtown are dark at night. Generators go in the street. Store shelves are thin, and the sense of high unemployment is everywhere at hand. The commerce feels like that of a dusty Caribbean island.

Shuttering an entire part of the world, where over one million human beings live, from both outside investigation and internal movement of goods and people, is simply not a sustainable course.  Denying the problem will only create more tunnels, and with enough tunnels, the foundation simply will not hold.

(image of a smuggling tunnel in Rafah, Gaza, from flickr user Marius Arnesen under a Creative Commons license)

Remember those other dreaded flus?

Such as, say, the bird flu:

Scientists have used bird flu virus samples from Egypt to develop a new basis for a vaccine against the toxic H5N1 strain that continues to circulate, the World Health Organisation said on Thursday.

It's worth considering that these proto-endemics, while they generate a lot of hype, for better or for worse, at their outset, also tend to stick with us as more-or-less regular, run-of-the-mill diseases.

I say this after reading this fascinating discussion in The New Yorker about the infamous forgotten "parrot flu" scare of late 1929-early 1930. The media, the medical profession, and legitimate epidemiological need combined to inflate a bubble of fear -- but with it, research -- that just as soon (dangerously) imploded.  And while the disease was never the threat the panic made it out to be, it continues to infect 100-200 Americans every year.

In 80 years or so, will we regard the bird flu and swine flu outbreaks as we bemusedly consider the parrot flu story today? Maybe, but I feel better knowing that the WHO is around to have taken the right precautionary measures, even if that means "over-preparing."