The Polar Vortex and Climate Change: What You Need to Know

Parts of the United States are expected to be colder than Antarctica this week, and three-quarters of the U.S. population will likely experience temperatures that dip below freezing. Climate deniers are already using the polar vortex to call into question the existence of global warming. Yet a cold snap in one region has little to do with worldwide warming. Indeed, the latest scientific research shows a relationship between a melting Arctic and extreme winter weather.

Here are three things to know:

1) Despite current cold snaps, global temperatures have been steadily rising.

First, it is worth noting that record cold temperatures are happening against the backdrop of unabated warming. The last four years have been the warmest on record, and there is every indication that this global warming trend will continue. Right now, Australia is experiencing a brutal heatwave, which has led to heat-associated illnesses, power outages, fires and wildlife die-offs. 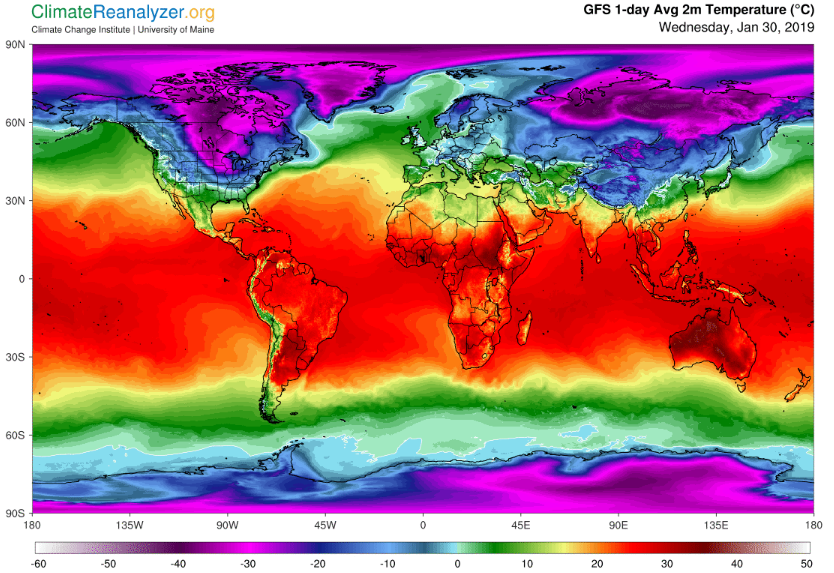 The Arctic is warming two to three times as fast as the global average. Scientists say warmer air temperatures in the Arctic can weaken the polar jet stream, a west-to-east river of wind where cold Arctic air meets milder subtropical air in the mid-latitudes of the Northern Hemisphere. A strong jet stream typically traps the polar vortex over the Arctic, but when it’s weakened, the cold air can stray southward into the United States.

The impacts of a warming Arctic on mid-latitudes is a rapidly emerging field of scientific inquiry. There have been some significant scientific findings in just the past year:

3) Our understanding of the connection between a warming Arctic and extreme weather is still evolving.

There are still many questions to be answered. For example, warmer Arctic temperatures is only one effect of climate change. Other changes to the climate, such as future warming of the upper atmosphere over the tropics, could counterbalance effects on mid-latitudes, presenting a tug-of-war between various climate impacts.

And a quick analysis from the World Weather Attribution (WWA) last year found that a two-week cold wave affecting the U.S. Northeast and southeastern Canada in December 2017/January 2018 was not intensified due to Arctic warming. On the contrary, the researchers found that cold waves like the one the United States is experiencing now have become rarer.

The National Oceanic and Atmospheric Administration (NOAA) issued its Arctic Report Card a few weeks ago, taking stock of the recent climate science on the relationship between Arctic warming and extreme weather, among other topics. It concluded that the subject of how a rapidly warming and melting Arctic affects extreme weather will “keep scientists busy for years to come.” As the report said, “it’s becoming ice-crystal-clear that change in the far north will increasingly affect us all.”